This article is by my friend Richard Quick at FullStrideHealth.com. Richard offers some sage advice on making brush work easier. Enjoy!

The wind was blowing at 50 miles per hour one dark, very rainy night, when I heard a THUD close to the house. It was too dark and rainy to see anything through the windows.

The next morning revealed that a large old boxelder tree, and two 5-inch diameter “sucker” trees were all on the ground.

The trees were right on the property line, 20 feet from the house.  If that big tree had fallen on the house, I would have needed some serious repair work done.

As it turned out the big tree fell into the neighbor’s yard, and the two smaller trees fell into my yard.

You may be interested to know that when a tree falls and damages a house or car, etc., the owner of the tree is not responsible for the damage done.

Since that big boxelder landed on the neighbor’s trampoline, they will have to contact their insurance company.  They will also have to cut up that tree.

Working in your backyard is good for your health

I am a strong believer that working in your backyard is good for your health.  Physical exertion by working outdoors is a great way to maintain muscle strength, lower blood pressure, and reduce stress.  Then when the work is done, you’re still healthy enough to enjoy relaxing in the backyard.

Some people avoid yardwork, because they have sore muscles and joints.  Either from an injury, arthritis, or some other disease.

Well, I hope to show you how to get the work done, despite those problems.

My brother and I are retired.  My brother Robert has a degree in horticulture and has lots of tree work experience. So, naturally I rely upon him for this kind of work.

Neither of us are afraid of work, but we don’t like working harder than necessary.  Which is what this story is all about.

Before Robert arrived, I had already used my ratcheting anvil blade loppers to cut off any branch that was under two inches in diameter.

It’s pretty easy work compared to traditional bypass (blade) loppers that bend at the sight of a ¾ inch diameter branch.  It doesn’t matter if the branch is young and green or old and hard. The ratcheting action multiples the power of your arms.

Yes, it’s much better to buy excellent quality tools, that don’t break, and that can handle the more difficult jobs.  In the long run they are cheaper.  Not to mention that they take less effort to use.

Robert owns two chainsaws, but they can be dangerous, and as we get older, we get more careful.

That is, unlike the time Robert fell out of a tree while using a chainsaw.  It was only a three-foot fall, and he didn’t get hurt, but he easily could have had a serious injury.

Robert and I like tree trimming hand saws that work on the pull stroke only.  So, that is what we used to saw those trees into sizes we could lift into the back of a pickup truck.

These saws are easy to use even if you have poor hand strength.  Although you do have to grip the saw handle, it doesn’t have to be a tight grip.

The Secret To Preventing Joint Pain

Anyone who has used a push saw knows that your hands, arms, shoulder muscles and joints are being jammed together every time the saw blade jams in the sawcut.  Even when the saw blade doesn’t jam, forcing the saw blade into the wood on each stroke will still cause muscle and joint pains.

Which is why we bought folding pruning saws that cut on the pull stroke only.  The push stroke is to remove the sawdust which takes no effort at all.  By pulling on the blade, you are not forcing the muscles and joint bones to jam together, which makes the job much easier.

The best folding pruning saw for the job will have a curved blade because it will cut into the wood with the least amount of effort.

As you youngsters will find out, the older you get, the less stamina you have for any kind of work.  So, go at a pace that is comfortable.

Physical work helps to keep your whole body in better health, and in my opinion, it’s better than going to the gym.

Since I had lopped off all of the smaller branches, that made the tree trunk accessible for sawing.  Wood weighs about 50 pounds per cubic foot.  So, you can use that to estimate what sizes you need cut the tree trunk into.

Once it is cut up, it needs to be loaded into the pickup truck.  Unloading the truck is really easy, if you do it our way.

Then load in all the smaller branches with the cut ends pointing towards the tailgate. That will make removing the branches much easier, because they won’t get hung up in the corners of the truck bed.

Next load up your larger branches which will compress the volume a bit and keep the little stuff from blowing out of the truck while driving.

At this point you may have to walk on top of the pile to further reduce the volume.  Be careful, it’s easy to lose your balance.

Last, we throw in the logs.  The bigger they are, the closer to the tailgate they need to go.  Not only is that less work loading them, but it’s less work to unload, and part of the overall plan.

One of my vacant lots is only two blocks from the compost site.  So, in that case we don’t tie the load down.  However, if you are going on the highway, or the heavy branches aren’t enough to keep everything in the truck, then use a cargo net.

We live in the city and take the wood to the county compost site.  This is the fun part.  We take longer to back the truck up than we do to unload.  We are in and out in five minutes.

Unloading The Truck The Easy Way

Back the truck up to the edge of the big pile.  Drop the tailgate.  Roll out the logs.  Then pull on the end of the tarp, which starts to slide the load off of the tailgate.

When about a third of the load is out of the truck, it starts to act like a teetertotter, because all those tree limbs are intertwined.

Then Robert climbs into the back of the truck bed.  He lifts up the end of the tarp.  I’m standing by the tailgate, and assist to “flip” the load off the truck’s tailgate.

The tarp is automatically separated from the load.

The two of us each grab opposite ends of the tarp, and stretch it out (in the air) between us.  Then we fold it over three times from side to side, and roll it up.

There is virtually nothing in the truck bed, so we close the tailgate and we are out of there.

One year when we were clearing several trees off of a vacant lot, we made numerous trips to the compost site.  One commercial contractor saw our routine twice, and the third time we saw him, he was using our method.

I’m sorry to say, that we haven’t seen anybody else use our method.  That might be, because we are done so fast, they don’t even notice what we do.

I hope you found this story to be helpful.

May all of your trees fall on your neighbor’s property.

This guest post was written by Richard Quick, who writes about health topics at Full Stride Health. 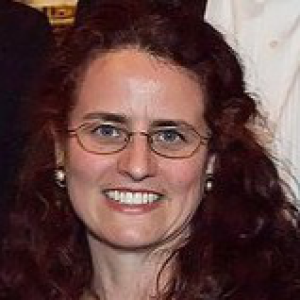 I love spending time in my backyard, gardening, entertaining and just hanging out. I like making my personal outdoor space comfortable and inviting. I'm also an avid organic gardener and I love watching things grow....and then eating them!
All Posts »
PrevPreviousRaised Bed Gardens – Best Choice for Beginners
Next15 Unique Ideas For Beautiful Edible LandscapingNext

Scroll back to top